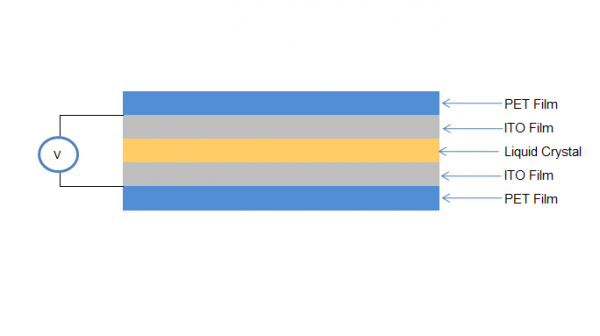 Non-Adhesive Smart Film usually to be laminated between 2 layers glass, in order to make switchable smart glass, it will need EVA film lamination furnace to do the lamination. Based on this property，the target customer of the non-adhesive smart film is the decorative glass manufacturer and trader.

Smart PDLC film will become vaporous due to the disordered arrangement of liquid crystal molecules after turning off the power.

On the contrary, when the power is on, neatly organized molecules will make smart film present transparency. 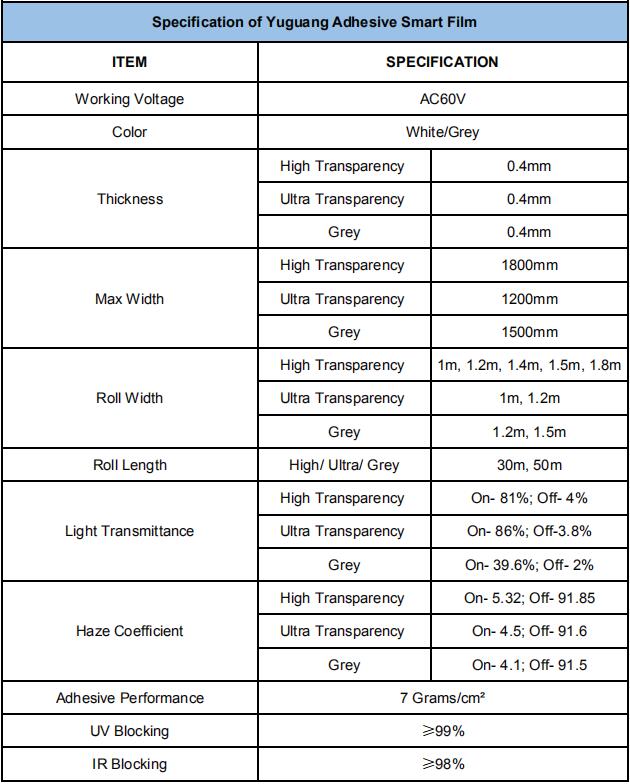